Paul joined the Fisher Tank Company team in 1979. A fresh graduate of Francis Marion University in Florence, SC, Paul was tasked with helping to develop the Chester, PA-based company's presence in the southeastern US. Fisher Tank was well established  in the Northeast, where the company started out in 1948 providing storage tank repair and API 650 tank construction services primarily to the oil & gas industry. The company was growing rapidly, building tanks for water storage, fire protection, bulk liquid storage and other industrial applications. The company's leadership saw a need for Fisher's unique capabilities in the Southeast, where business and industry were booming. Lexington, SC, was selected as the base for the company's southern operations for its proximity to major interstates and ports, and Paul set out in his 1974 Corolla to introduce Fisher Tank Company to potential customers all over the Southeast.

Soon the Corolla became a construction trailer and the trailer became an office and then there was a full-fledged steel fabrication shop on the property. Paul was later promoted to Sales Manager, and was appointed Vice President in 1992. Fisher Tank Company was beginning to outgrow its property in Lexington, SC,

Fast forward to 2010 when the company moved into its brand new state of the art facility in Leesville, SC. Paul oversaw the construction process of the steel fabrication faciilty with in house plate blasting equipment, an environmentally controlled paint booth, plate rolling and cutting equipment and a fittings shop, as well as an office housing sales, engineering, safety, project managment, construction management, and quality control personnel. See a time laspse video of the Leesville campus construction here.

Paul joined the Fisher Tank Company Board of Directors in 1994, and was named Senior Vice President of the Company in 2016. He steps into the office of President on the heels of remarkable leaders who've provided tremendous guidance and dedication to the success of Fisher Tank and its employees and customers. Our current past President, Michael Szelak, who's been with Fisher Tank since 1967 and led the company in an executive role for more than 27 years, will continue as CEO and Chairman of the Board. Paul is also an active member of the Steel Tank Institute/Steel Plate Fabricators Association, a trade association representing fabricators of steel construction products and their suppliers, and currently serves as Chairman of the Field Erected Section Committee.

Today Fisher Tank Company is a leader in above ground storage tank construction and tank repair with locations in Chester, PA, Leesville, SC, and Cropwell, AL. We provide engineering, custom fabrication, field erection, repair and maintenance, and field painting for welded steel storage tanks for a variety of industries across the US. In 1997, Fisher Tank Company became an ESOP and today we are a 100% employee owned company. We are excited about our future under Paul's leadership and look forward to many more decades of serving our customers with safety, quality & productivity. 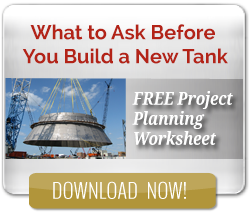 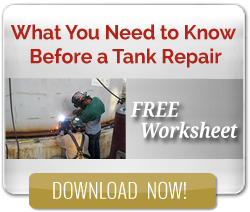 Our New Director of Projects: A Welded Steel Tank Pro