In Honor Of The Broncos - CO Railroad Water Storage Tanks

Inspired by the Denver Broncos’ Superbowl appearance this year (apologies to Seahawks fans), we’re taking a look at some historic water tanks in Colorado and other areas of the country where early train travel and the required railroad water tanks were key to the nation’s economic developments. When the railroad came to Telluride in 1890, this water tank was built at about 8700 feet above sea level to refill the steam engines that carried mining supplies and mining hopefuls to even higher elevations.

In Colorado and elsewhere, railroads served to open the western U.S. for business. The steam trains that carried people and goods to the far reaches of the country consumed a tremendous amount of water. As as the rail system grew, water tanks popped up all along the railroads’ routes. In some cases, the water tanks served as magnets for civilization, and towns grew up around them. In other cases, the water tank remained the one and only structure on a nearly endless horizon.

The tanks were typically wooden affairs, elevated to create enough pressure for the water to dispense quickly into the reservoirs on the trains. Giant spouts protruding from the rail-side of the tanks made them look like oversized teapots from a distance. Some ultra-efficient water tanks were positioned between two sets of tracks and sported double spouts – these workhorses could serve two steam engines at once.

When possible, the tanks were filled from rivers, creeks or streams located at an elevation above the tank; pipes were run from the water source to the tank and gravity did the rest. Sometimes, a cistern and pump were required to keep the tank full.

Across the western US, old railroad water tanks dot the landscape, and some have been preserved and are still in service today. The Colorado Railroad Museum in Golden, CO, maintains the historic No Agua water tank (named for a stop along the Denver & Rio Grande’s Chili Line to Santa Fe, New Mexico). The No Agua tank serves the museum’s fully operational steam train. The train makes dozens of trips a day along an historically accurate route, complete with a train depot, an old mine site and more – keep an eye out for train robbers!

Water tanks still stand proud in Hermosa, Glenwood Springs and Telluride, CO, and other areas of the American West, providing rare glimpses into our country’s past. You can enjoy some great photos of these historic railroad tanks, train depots, towns and more at ghostdepot.com

The Black Butte Water Tank in Weed, CA, was built by the Southern Pacific Railway in 1926. It’s been preserved by the Black Butte Center for Railroad Culture. The wooden base offers a unique glimpse into the past – it’s covered in “hobo tags” – carved names and dates of vagabonds from decades past.

Railroad water tanks were also key to transportation operations in the eastern part of the U.S. – the most famous water tank is the still-standing Whippany Water Tank in Whippany, NJ. The Morristown & Erie Railroad The M&E ordered this tank on September 5, 1904, from the G. Wollford Wood Tank Manufacturing Co. of Darby, PA.  It’s no longer in service, but it’s been maintained and could be put to work with just a little work.

There’s even a railroad water tank all the way down in the Florida Keys, where railroad tycoon Henry Flagler built the Florida Keys Over-Sea Railway in the early 1900s. The water tank was built to serve the needs of the railroad construction crews and the small town that grew up around the work on the railroad. Later it was abandoned, but in its heyday, the tank served hundreds of workers, their families, the Railroad Hotel, and the steam engines that traveled the Over-Sea line.

These days, wooden water tanks are still built by railroad afficianados and do-it-your-selfers, but welded steel tanks are the best way to store water. But we couldn't have gotten here without these tireless soldiers of early industry. We salute these old wooden storage tanks that helped make rail travel across our fledging nation possible. May they stand proud for many more decades!

For information on today's best choices for water storage, visit us at FisherTank.com. 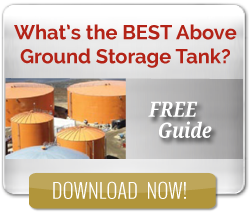 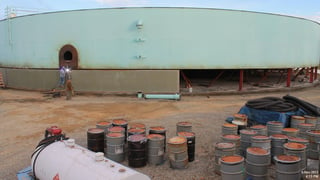 What's The #1 Known Cause Of Storage Tank Fires?